As the District of Columbia Housing Finance Agency’s HomeSaver program winds down, DCHFA is highlighting the accomplishments of the program, which has helped residents in every ward avoid foreclosure. HomeSaver is a part of the U.S. Treasury’s Hardest-Hit Fund Initiative, which is designed to assist unemployed and under-employed homeowners in states and jurisdictions with above average unemployment rates – including the District of Columbia.

Shari-Ruth Goodwin was one of those homeowners. She used HomeSaver to keep her home in the Woodridge neighborhood. Goodwin was working as a librarian when she lost her job and she got behind on her mortgage.

“When I was laid off I was working on my second master’s degree,” Goodwin said. “Because of this program I was able to finish my master’s and get my next job.”

She added that if it were not for HomeSaver her son would not have been able to stay in college. Goodwin, a native Washingtonian, truly feels the program is an investment worth making in hard-working people who live in communities here in the nation’s capital but have dealt with setbacks from job loss.

Goodwin’s story shows the impact that HomeSaver has had on homeowners in the District. Hundreds of Washington families have their own HomeSaver success stories. Here are some statistics on the program.

As the statistics show, the DCHFA has been one of the most successful agencies in the country in terms of committing funds to homeowners who are at risk of going into foreclosure. Due to this efficiency the DCHFA has reached its full program funding commitment and is no longer accepting new applications.

The DCHFA has been proud to partner with District government to strive for affordable homeownership, especially for those in need. HomeSaver and other DCHFA affordable homeownership initiatives have been supported by Mayor Vincent C. Gray.“We recently announced an unprecedented $187 million investment in affordable housing in the District of Columbia,” Mayor Gray said. “In addition to that investment, the DCHFA’s efforts through HomeSaver and other programs play a vital role in making homeownership more affordable in our city. My administration will continue to work together with partners like DCHFA to establish more groundbreaking initiatives that create and preserve affordable housing.”

Part of the DCHFA’s core mission is to stimulate and expand homeownership opportunities in Washington. As affordable homeownership has become scarce locally HomeSaver’s success has been vital in the lives of families throughout the nation’s capital.

“Helping homeowners in Washington avoid foreclosure has been one of our most monumental achievements at the DCHFA in recent years,” said Maria K. Day-Marshall, DCHFA Interim Executive Director. “Through HomeSaver we will have helped approximately 750 families, who were impacted by unemployment or under-employment, keep their homes. Going forward we remain committed to expanding affordable homeownership opportunities in Washington.”

All around the country, states and jurisdictions have been fighting to keep families from being impacted by foreclosure. Nationally and locally there have been fewer foreclosures in part because of programs like HomeSaver. The Treasury Department has commended the DCHFA on its success with this program.

“Through the Hardest-Hit Fund,” said Mark McArdle, Treasury Chief of Homeownership Preservation and Director of the Hardest-Hit Fund, “DCHFA has helped hundreds of families avoid foreclosure and the program has provided DCHFA an opportunity to partner with organizations throughout the District to reach families who can benefit from Hardest-Hit funds.”

Although HomeSaver is winding down the DCHFA has another program to boost affordable homeownership. DC Open Doors, an affordable mortgage program managed by the DCHFA, was launched in May 2013. It provides down payment assistance and mortgage financing. To learn more visit, www.dcopendoors.com. 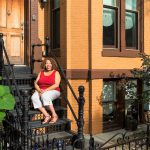 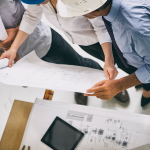