Manny Allen became a homeowner in June 2019 after getting approved for an HPAP loan.

Manny Allen became a homeowner in June 2019 after getting approved for an HPAP loan. Allen had spent most of his life living in Washington, D.C. but becoming a homeowner had always been a dream of his. “I’ve always felt I was fortunate to grow up in a city with such a vast history and culture,” said Allen. “D.C. is unique because it’s not just another city inside of a state and I knew I wanted to own a little piece of land inside of it.” Allen learned about HPAP from his mother and then went to Housing Counseling Services and worked with his realtor to get more information. Applying for financial assistance through the HPAP program required taking educational classes and filling out an application. Allen knew “the benefits of the program were more than enough to justify those minor inconveniences.” Soon after finishing up the process and receiving his approval notification, Allen was able to put in an offer on his home in Ward 7. 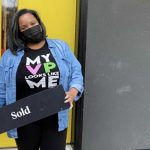 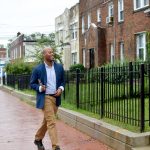